Simultaneously existing at the poles of  purity and perversity, there’s a delicious, unresolvable tension in the music of Depeche Mode. Take Blue Dress from 1990’s Violator – ‘Put it on’, the speaker commands. ‘Can you believe / Something so simple / Something so trivial / Makes me a happy man?’ Is this a request, or something debased, fetishistic, demanding? Martin Gore’s fragile vocals counterpoint the band’s electronic sound and are also at odds with that demand to ‘Put it on’. 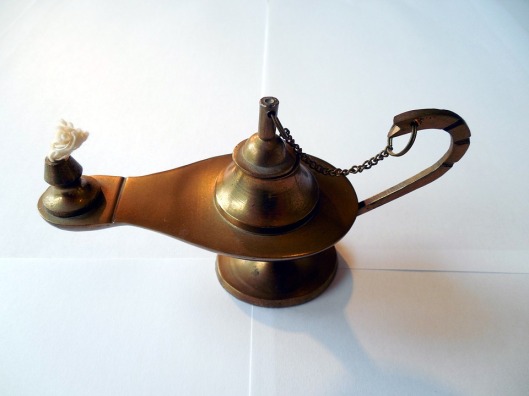 Ryan Van Winkle’s second collection, The Good Dark, opens in style with The Duke in Pines. Listen to Ryan reading the poem on the Scottish Poetry Library podcast – it’s good – but, on the page, additional vistas of uncertainty and unease open before you: ‘I always put you in a dress / you never wore but I used to touch /           every day, getting my shirt or tie’. Perhaps ‘I always put you in a dress’ is an idiomatic version of ‘I prefer to remember you wearing a dress’ but there’s a 50 Shades undercurrent here too (for me anyway). There’s something literal, domineering and more comfortable with old school gender roles. Then there’s the next line – ‘you never wore but I used to touch’. Why was this dress never worn? Was it a party dress in a relationship devoid of parties, or was it just unflattering and forgotten? Forgotten by her, but not by him. Why touch it? There’s something obsessive and fetishistic here – or perhaps it’s a talisman – a secret, hidden source of strength, a symbolic point of connection between the couple. And then, over the next glorious line break, we read that the dress is touched ‘every day’ – magnifying those obsessive, ritual associations before Van Winkle qualifies and transforms the phrase with the workaday ‘getting my shirt or tie’. Meaning plays and bounces across the surface of the poem like the iridescence of silk. It’s a tense, dark, obsessive scrap of memory, still rubbing away – at an object now stored in the mind like an Arabian lamp, hoping that, in time, the genie can be released.

Last week, I was reading Katy Evans-Bush’s collection of essays, Forgive the Language, where, considering Keats’ idea of negative capability, she invites her reader to consider absence, to consider writing the space around the subject. One thrust of Van Winkle’s collection is to offer untitled poems which exist in a relationship with their epigraphs and one of these poems opens with Nathaniel Hawthorne: ‘There is an hour to come when all of us shall cast aside our veils‘. We’re back with that dress hanging in the wardrobe, with added issues of sanctity and taboo: ‘To think I once called the curtain // a veil, and once I touched / the flesh beneath the cloth / when it was the cloth / I should have touched. // The veil was no window. / The pane and the clouds / beyond the pane will move / from where they are // and come back again / when the birds have changed / the scenery, the sky / and the clouds in the sky’. The view through a window is free and fluid, whereas the bride beneath the veil has fixed herself to her husband. There are big ideas and cosmic laws at work here, as the speaker banks upon the dependability of the  Earth’s rotation. However, ‘there is only a blink / when a cloth billows back / to reveal a magician’s dove. Pay attention / to the flap of the clouds // rushing out to reveal a hole / the shape of the sun’. Van Winkle offers us the inverse of every love poem, of Romeo’s teenage certainty: ‘But, soft! What light through yonder window breaks? / It is the East, and Juliet is the sun!’ In Van Winkle’s troubling, surreal universe, we’re presented with catastrophic violence, with a solar system in jeopardy and, at its heart, a void where life-giving warmth should be. It’s a dramatic image and defines things through absence, loss and space along the lines that Evans-Bush discusses.

Van Winkle’s universe is a dark one, aching with loss. In his hands, language is tense, and unstable and thrilling.

Buy The Good Dark from Penned in the Margins