In the Old Testament, it was important to treat guests right – you could never be sure who they really were. Besides, if you were living a tough life in a harsh environment, hospitality made sense – one day, it might be you seeking food and shelter. In Genesis 18, Abraham opens his doors to three mysterious travellers but their prophecy that his 90 year old wife, Sarah, will bear a son, causes the reader to question their identities – angels in our midst?

Jupiter and Mercurius in the house of Philemon and Baucis (photo credit: Wikipedia)

The Ancient Greeks felt much the same way and their code of hospitality, xenía, safeguarded against those dangerous visits by gods in disguise. Today, our angels are sanitized, infantile and unthreatening but, by contrast, there’s something subversive about the physicality and sweatiness of those ancient angels and gods. They kept people in their place and on their toes – when even the lowliest beggar might be a god in disguise, there were good incentives for treating people properly.

Kate Tempest’s dramatic poem, Brand New Ancients, reminds us again of the blurred lines between ancient and modern. All 47 pages are peppered with rhyme, an aide-mémoire for both the oral poet and the rapper and, in a world in which we can no longer even remember our own phone numbers, performances by the likes of Tempest, Oswald and Silva seem even more remarkable, as they return us to an oral tradition which many of us had forgotten. Despite our intellectual enfeeblement, Tempest’s speaker continues to have faith in us and her inclusive first person plural ‘we’ identifies with us as one of the people:

For the Greeks, mythos was also speech and narrative, so we are still mythical when poets like Tempest elevate the ‘everyday odysseys’ of lives lived in betting shops and caffs to the status of epic. 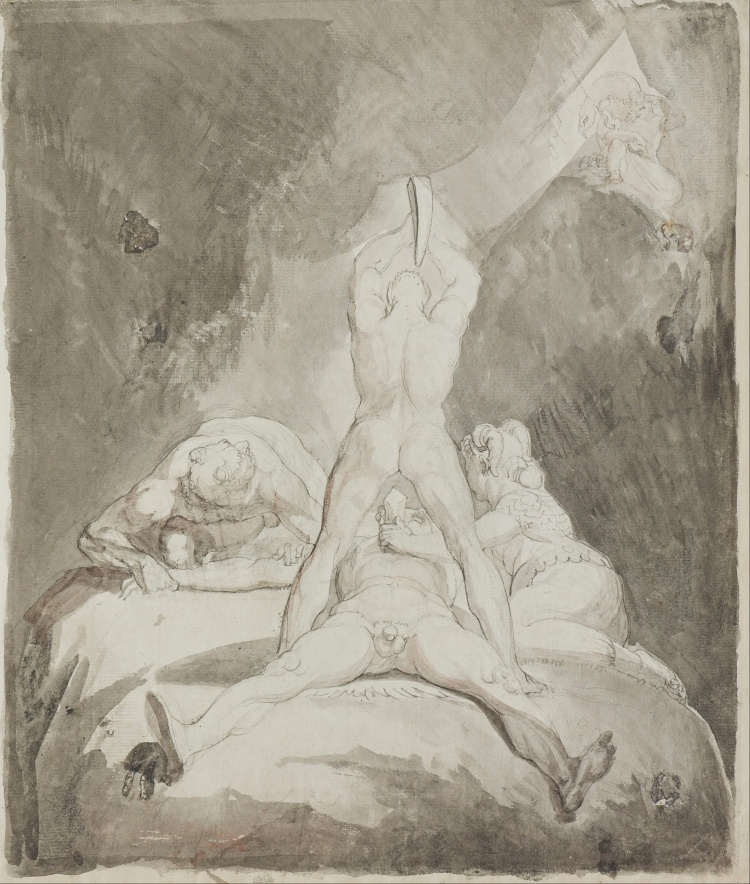 Tempest’s poetry is one of extremes. Clive and Spider, the poem’s sadistic antagonists, inhabit a two-man nation where:

All men are weaklings, all women are whores.
And they will have their power,
two starving mouths desperate to devour,
to digest the flesh of the city
that raised them so sour,
a hunger for vengeance that never sleeps
but endures.
A hunger satisfied every night
but every morning restored.

By fleshing out their narratives and beginning at the cradle, the audience understand that Clive and Spider are simply products of society. It’s easy to see fate as just another story-telling tool but Tempest’s uncomfortable conclusion is that fate’s alive and kicking today, robbing the disadvantaged of any possibility of escape. Clive and Spider are analogous with Tantalus, punished by Zeus with tantalising hunger in the deepest reaches of the underworld and this overpowering, monstrous insatiability presents the pair as victims of a primal force older and greater than themselves. However, the myth presents Tantalus as the murderer of his own son who would present his cooked flesh to his father, Zeus. Viewed in this light, his punishment can be seen to fit the crime. Tempest allows her audience no easy answers: Clive’s behaviour is abhorrent but we can see the forces which shaped it.

The poem’s funnier moments are bitingly satirical, as the readily identifiable king of light entertainment is re-cast:

the new Dionysus is in his dressing room preening,
the make-up girls hold their breath as they dream him
into a perfect bronze and then leave him
to his pre-show routine of stretching and breathing.
He winks in the mirror as he flosses his teeth,
pulls his trousers up to his nipples and strides out to the stage.

Tempest’s ‘perfect bronze’ is worth savouring, as the brand new and the ancient collide again. The TV perma-tan suggests narcissism and the nod to the bronzes of classical sculpture shows how far short of the ideal our celebrity culture falls. Perhaps we don’t even aspire to look beautiful anymore – we aspire to ‘airbrushed bodies that shine golden.’ Does the line imply that we all aspire to stand naked as we’re spray-painted, or does it suggest that we’d rather be retouched on Photoshop – after all, if we look good in the pictures, who gives a damn how we look in the flesh?

Brand New Ancients is an invigorating experience. Tempest handles her cast with kindness and generosity and, as with much satire, there’s a deep vein of conservatism here too. In The Battle of the Books (1704), Jonathan Swift and Alexander Pope side with the timeless Classical Ancients, launching a scathing attack on the Moderns, on the writing and values of their own time. Tempest’s poem fits within this tradition, presenting modern culture as vacuous. She prefers to look back, celebrating the values which make the Ancients our brothers and sisters, celebrating the heroism seen everyday in the districts of her beloved south-east London and, thankfully, everywhere.