Façades do not present us at our best, no matter how carefully coiffured, or disarmingly déclassé. Take Oxford’s Sheldonian Theatre: as a Carolean redux of Rome’s Theatre of Marcellus, it’s imperial – self-consciously theatrical. Knowing that its architect, Sir Christopher Wren, employed an ingenious system of self-supporting beams to achieve a flat ceiling hardly helps, as walking beneath such architectural exploits leaves me feeling childish and trivial – if we’re standing on the shoulders of giants, it’s probably just to get our ball off the roof but, in 2004, restoration work on the Sheldonian revealed a pair of Victorian trousers and this letter, written by Frank Morrill:

Dear Friend –
When you have inspected these trousers please hand them over to the Curator of the Taylor Buildings for the Museum as they were worn by Frank Morrill Chief Assistant to John C Nairn and Son who restored the ceiling of the building.

Hope you will enjoy yourself when you have found this valuable treasure. I expect I will have fed the worms by that time, however I will have a good time before I do so.

Yours in ashes (?)
Frank Morrill

Of course our forbears weren’t as buttoned up as the official record suggests, and Morrill’s letter – and trousers – breathe life back into history’s humanity.

Penny Boxall’s ‘The Old Magic’ at Head Over Heels, a display of hats and shoes (Photo credit: johnfield1)

In The Old Magic, the speaker comments: ‘They’ve crept into the walls: oddments / placed by hand for some misplaced / and misremembered purpose. You’re never far – / knock the chimney breast and feel / how it knocks back. / Curled like a leather dog, / this shoe has heard three muffled centuries, / learning its language second-hand.’ That these oddments have ‘crept’ invites the reader to see them as alive, animated in a Sorcerer’s Apprentice sort of way. However, line two would have them ‘placed by hand’ for a purpose which is, like the oddments, also misplaced.’ There’s an all too human truth about the speed with which a deliberate act can be forgotten, as the line opens with the purposeful ‘placed’ but, in the space of a single line, we finish with the word ‘misplaced,’ a truth acknowledged by everyone who’s lost a set of keys. It’s a warm, reciprocal opening, as the ‘breast’ in ‘chimney breast’ adds a living warmth to the building and, as the speaker knocks in line four, the chimney breast knocks back in line five. The poem remind’s me of Paul Muldoon’s The Loaf: ‘When I put my finger to the hole they’ve cut for a / dimmer / switch / in a wall of plaster stiffened with horsehair / it seems I’ve scratched a two-hundred-year-old itch.’ The shoe, ‘Curled like a leather dog,’ is a faithful servant waiting for its master’s return but, like Frank Morrill, s/he will have fed the worms by that time. 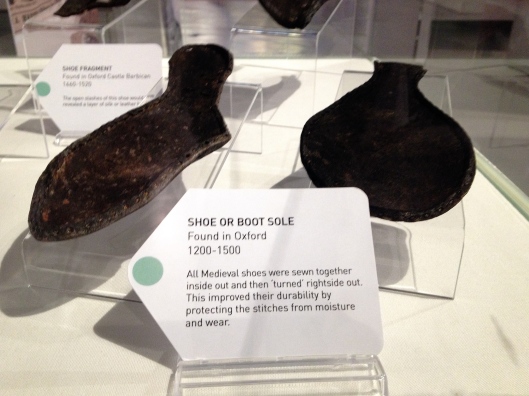 Despite the collection’s curation as an exhibition of objects, it refuses to dwell in the past, or to smell of museums. Take St Giles, from a Window, for example. The poem opens as the speaker reflects on the recent past: ‘Thursday, and they’re ringing in the night.’ However, ‘They’re practising for when it counts. / The blossoms shake their little / heads but mean assent. They are light / as ash, and do not last as long. / Spring is compacted, thick and green.’ By association, a single Thursday looks as fragile as a little blossom, against which a season is insurmountable. The second stanza returns us to the present and a single Spring itself becomes a puny thing: ‘The church is a stolid stone / in four lanes of noise, unmoved. In old prints this is a wilderness, / the packhorses tramping the last / weary half-mile to the gates. / This used to be a walk, the church its end.’ In the past, even the geography of the city described the symbolic journey of the Christian life, terminating at the church but, today, trapped in the maelstrom of the Banbury and Woodstock Roads, it has lost its centrality. Despite this, wedding bells chime: ‘Only the timing changes, / the high bells lagging, clamouring against / that heavy bass-note which is always right: / though each one has to think that it / will sound out loudest, count the most.  Each one has to think it, or the whole / thing will crumble like wet cake. And oh, / but this time is the best time, this time is the best.‘ 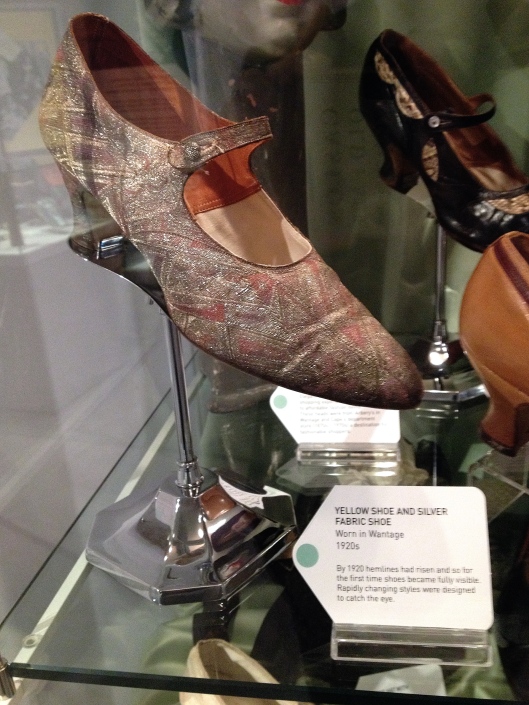 A few years ago, I lived in Wantage, South Oxfordshire, where, each Christmas, a Dickensian fancy dress fair is held. In Time Again, Boxall imagines Lord and Lady Wantage’s 1885 Tudor-style pageant for the citizens of Wantage: ‘The green / is a hunting ground bristling with hounds – / that cats take the part of the deer. // Jousters knock each other down / by turn, a Victorian politeness. A bullfight is promised where appropriate. // The town has thought of everything – though / the tailoring is slightly out of true: / ladies are upheld with pins and tucks.’ While each peal of bells is as authentic as the first, there is something tawdry and dishonest about a pageant in which the values of one culture are transplanted onto another, yet, surveying the glories of Dickensian fancy dress fair, perhaps tawdriness is Wantage’s geist and, looking at the silver fabric shoe in the Head over Heels exhibition, I hoped fervently that it is our indomitable spirit which, like a peal of bells – a peal of laughter – will drift though time unchanged.

There’s a compelling clarity to Ship of the Line. In Pentimenti, mistakes, no matter how well hidden, will out and in Boxall’s hymn to Pitt Rivers Museum, superstition will not die. Follies is an unsettling skit on the view through the window travelling southwest by rail and The Port Meadow Wedding plots the meadow’s ‘undug archeology.’ On and off, I have been reading this collection since March and have fallen in love with it.

Buy Ship of the Line direct from Eyewear