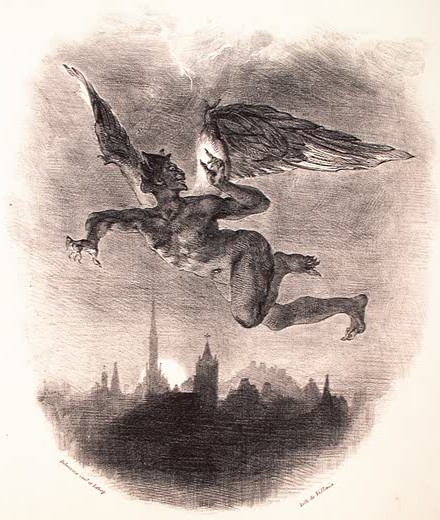 The slings and arrows of Hamlet’s existential crisis would have it that conscience makes cowards of us all and that certain suffering on Earth is preferable to damnation. However, the values that Waldron presents in The Brand New Dark share little with those of the 1600s. Holding Yorick’s skull in V.i., Hamlet asks, ‘Where be your gibes now? your gambols, your songs, your flashes of merriment that were wont to set the table on a roar?’ celebrating our wit and intellect, the best of us. Waldron’s Shakespearian sonnet, Poor Derek, perverts this and, holding Derek’s brain, Waldron’s speaker wonders, ‘What filth, what porn was conjured here, / was collaged from cut pieces of the world, / from stolen ghosts of girls made to appear in skin-flicks played on silver screens unfurled / like strips of cartilage within this nut / of thinking meat?’ The anaphora, the repeated ‘what,’ punctuates the whole sonnet and evokes Blake’s The Tyger. So, by association, it possesses the same sinewy physicality and hellish heat as Blake’s beast. Magic evokes dodgy card tricks, whereas conjuring calls to mind Faust’s pact with the devil. Similarly, the cut and paste of collage is a destructive, violent act and, lined up against ‘stolen ghosts,’ is disturbingly dark. In the modern sense, perhaps ghosts has a murderous quality but, in Old English, gást is the soul, the life spirit and, read like this, Derek’s Faustian pact carries a terrible price. The ordinariness of the name, Derek, gives it an Everyman quality and, at the volta, the speaker’s command implicates us all: ‘See it, as though he dreams again for us.’ 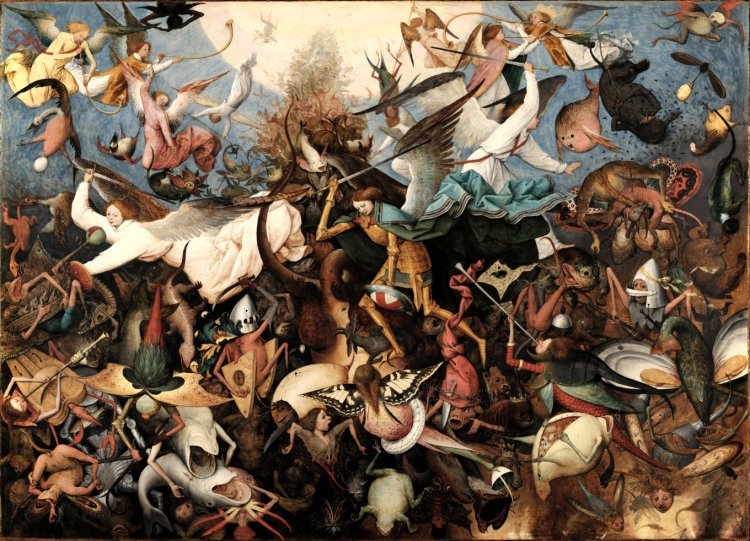 Pieter Bruegel the Elder – The Fall of the Rebel Angels, 1562 (photo credit: Wikipedia)

On the facing page, in The Run, brevity, simplicity and whiteness contrast with Poor Derek’s baroque. ‘They’re in the bath together. / Like tobogganists heading down and down a hill, / snow covering the land like a sleep.’ Perhaps the bath’s intimacy turns the toboggan into a simile of mutual trust and togetherness  – us versus the world. Waldron reveals the poem’s spare details with the instincts of a dramatist and, in stanza one, it’s difficult not to imagine the woman sitting behind her husband, arms around his waist. However, in the second stanza, ‘He has his arms on the bath’s enamel sides, / she, in her soft, transparent cap / is tweaking the cold control’ and, in the third stanza, we discover that they are not even looking at one another as ‘One day she may turn and find him gone. Fallen off somewhere, / tumbling back towards the world.’ It’s difficult to hear the word ‘fallen’ without calling to mind the rebel angels and the fall of mankind and it seems pretty clear that there’s a rival gravitational force in this poem. The couple should be attracted to one another, but the man is being pulled off somewhere else – Waldron’s decision to set a poem about a couple in tercets nods offstage with a restrained eloquence. 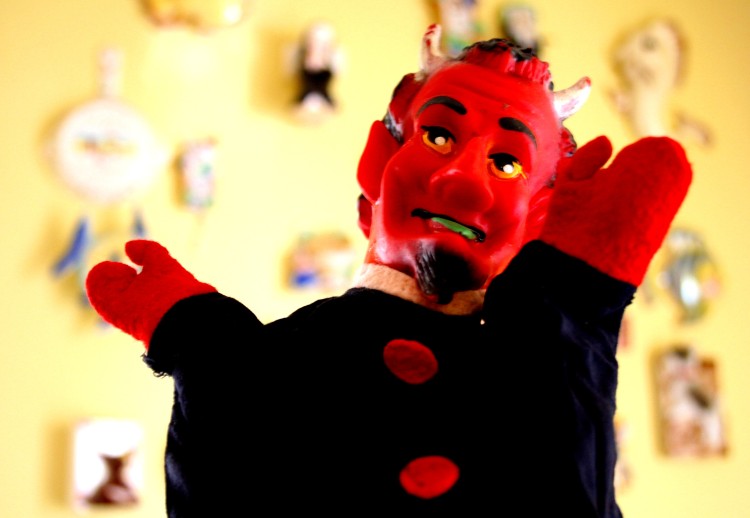 In His Hand is in My Head, the speaker questions the idea of freewill, seeing the brain as a joint occupancy – possessed. ‘His fingers roll the dark sides of my moon eyes, / or they make my mouth move as my mouth moves now. / Sometimes he sticks out his thumb / pressed into my tongue and makes me kiss you.’ ‘Make’ is repeated four times in the poem’s eight lines, giving power to the hand in the head and reducing us to husks, puppets with the ability to spectate but to do little else. Waldron achieves his creepily surreal conceit with a horrific physical credibility: ‘On occasion I have felt his bumping knuckles nudge / my quite stiff brain in its bowl, tipping it a little, / making it pull against my stretching spine, making my toes curl.’

The poems in The Brand New Dark feel like Billy Collins recast as a soiled, squatting smack addict. Take a poem like I was Writing Recently on the Subject of Mice. It immediately calls to mind Collins’ I Chop Some Parsley While Listening to Art Blakey’s Version of ‘Three Blind Mice.’ Collins creates sympathy for the ‘poor mother / brooding over her sightless young triplets,’ whereas Waldron’s mice are ‘pale pink / and sudden morsels rolled in fur.’ Waldron smiles and it’s a thrill to be rolled high into the air but make no mistake – we’re dancing with the devil and there are teeth in that smile.